Researchers set out to test the efficacy of chemical-based pest control methods on cockroach populations — and the results were shocking. 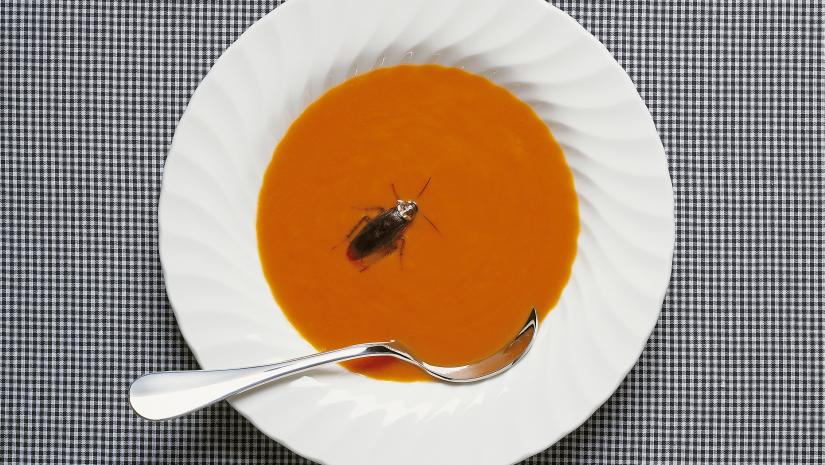 Anyone who has suffered with a cockroach infestation knows how difficult it is to get rid of them — and it's only going to get worse.

A new study carried out by scientists at Purdue University has revealed that cockroaches have become so resistant to pesticides and insecticides, they’re almost impossible to destroy with chemicals alone. In some cases, exposure to insecticides actually made the roaches stronger and caused populations to increase.

The study, led by Michael Scharf, a professor of entomology at Purdue University, and his colleague, O.W. Rollins, tested three common chemical-based approaches on cockroach-infested apartment complexes in Indiana and Illinois over a six month period.

In each location, cockroaches were captured and lab-tested prior to beginning the study to determine the most effective insecticides for each treatment — a strategy that Scharf would recommend to anyone trying to battle an infestation.

“If you have the ability to test the roaches first and pick an insecticide that has low resistance, that ups the odds,” said Scharf. "But even then, we had trouble controlling populations."

In a treatment where researchers rotated three different classes of insecticide — one each month for three months and then repeated — cockroach populations held steady over a six-month period, but did not reduce.

In a treatment where they used a mixture of two different insecticides, the roach population boomed; this is particularly disturbing because it’s such a common method of extermination.

The theory is that by using a mixture of two different classes of insecticide, the percentage of cockroaches that are resistant to one type of insecticide will be wiped out by the other. In reality, it may actually be contributing to near-indestructible colonies of pesticide-resistant cockroaches.

In a single-insecticide treatment on a colony which had shown low resistance to a particular chemical, researchers were able to almost eradicate the colony; however, when they used the same approach with a different insecticide, the roach population increased.

“We found that only one of the housing sites with the single-insecticide treatment actually gave a good result,” Scharf explained in a recent interview. “[In all other treatments], the cockroaches either held stable or increased in number, which was kind of depressing.”

Despite their best efforts — and no matter how many roaches Scharf and his team managed to kill — the roach population always managed to bounce back.

In lab tests on the remaining cockroaches, researchers found that cockroaches that survived an insecticide treatment not only developed resistance to that insecticide, but some of them even became immune to other insecticides and pesticides that were not used in the treatment, a phenomenon known as “cross-resistance”.

"It's explainable kind of at the molecular level," said Scharf. "You can have a type of physiological mechanism that just gives resistance to lots of different types of insecticides."

The surviving cockroaches, now immune to different classes of insecticides, passed their immunity along to their offspring (and their offspring's offspring) — creating a nearly invincible population of highly-resistant roaches.

A single female cockroach can produce 200 to 300 offspring in her short lifetime; if even a small percentage of cockroaches is resistant to an insecticide, and those cockroaches gain cross-resistance, a population knocked down by a single treatment has the potential to explode again within months.

“We [saw] resistance increase four- or six-fold in just one generation,” continued Scharf. “We didn’t have a clue that something like that could happen this fast.”

A serious problem for food businesses

Cockroaches are serious threats to human health. They carry dozens of types of bacteria, such as E. coli and Salmonella, that can cause food-borne illness and the saliva, feces and body parts they leave behind can trigger asthma and/or allergy symptoms.

Food businesses in particular could have a lot to lose if cockroach populations become immune to chemical eradication methods.

Pest infestation is one of the most common reasons why restaurants and other food businesses are fined or shut down by public health authorities. Pests — especially cockroaches — are also heavily stigmatized, so even one sighting of a cockroach in your dining area could send customers running out the door.

It’s extremely important for food businesses to have a comprehensive pest control plan and to follow the procedures therein to the letter. Everybody in the business should be trained in proper cleaning and sanitizing techniques, and general cleanliness and sanitation must be held to the highest standard, especially as traditional pest eradication methods become less effective. Find out more about staff training and why it's important.

According to Scharf, a diversified pest management strategy is the way forward, and he suggests combining chemical treatments with traps, improved sanitation and vacuums that can remove cockroaches.

“Some of these methods are more expensive than using only insecticides, but if those insecticides aren’t going to control or eliminate a population, you’re just throwing money away,” he said. “Combining several methods will be the most effective way to eliminate cockroaches.”