A novel technology developed by USC researchers could take food safety to the next level. 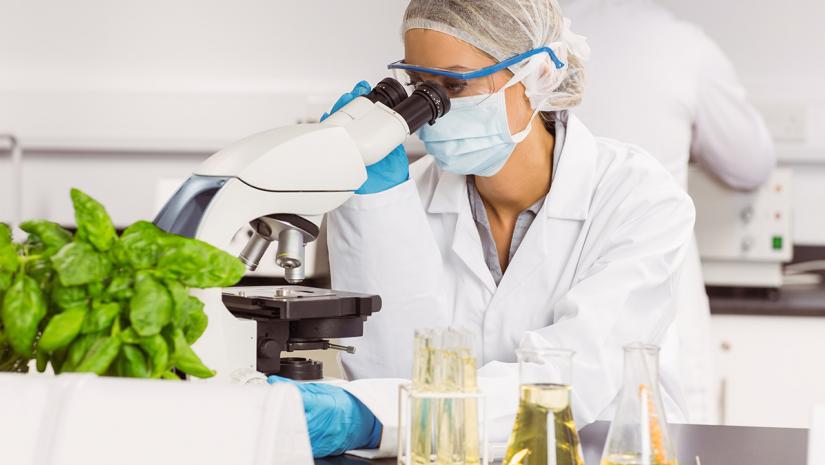 Food safety is of the utmost importance for the health and well-being of all Canadians. Every year, approximately four million Canadians suffer from food-borne illness — many of which are caused by unsafe food handling practices which allow bacteria, viruses and parasites to enter food.

The harmful pathogens that cause food-borne illness are invisible to the eye, making detection an involved and time-consuming process. Food Handlers in a food business cannot simply look at a food item and know that it is teeming with harmful bacteria or parasites (however there are signs to look out for). This is why food safety protocols are so important — they help to prevent food-borne pathogens from reaching harmful levels in food.

A recently developed novel technique to image living cells in great detail and increased clarity is being toted for its possible use in food safety. Scientists from the University of South California (USC) have been working on the new technology for the past few years. They have published their study in the Nature Communications journal.

How does the imaging technology work?

The novel technology is based off of fluorescence hyperspectral imaging (FHSI). FHSI is a method that differentiates colours across a spectrum and produces vividly coloured images of an organism’s insides. It does this by tagging molecules so that they can be followed.

The disadvantages of FHSI is that it doesn’t pick up all of the colours of the full spectrum and it needs a large amount of data due to the intricate nature of the system. The need for a large amount of data means that a longer time is needed for gathering and processing images. Another significant disadvantage is that complex and time-consuming calculations are needed to produce a final digital image. This means that real-time information is not obtainable.

The scientists at USC were able to overcome the disadvantages of FHSI by creating a similar but improved method called spectrally encoded enhanced representations, or SEER. SEER is a method that provides significantly better clarity of images at 2.7 times greater definition. It works up to 67 times faster than present techniques. SEER can also process vibrant fluorescent tags that are the entire colour spectrum, a significant improvement from FHSI. This method also uses much less computer memory storage.

Applying the technology to food safety

While the technology is being developed with medical research in mind, it is suggested that it could be used in other avenues such as improving food safety. Being able to see living cells and the insides of organisms can help to identify food-borne pathogens.

It has also been suggested that the technology is so versatile, that it could become a smartphone app for consumer use. Having this technology in the hands of smartphone users could mean that food businesses would be able to identify unsafe food to prepare and serve to customers. It appears that the future of food safety could be changing significantly in the not-too-distant future.