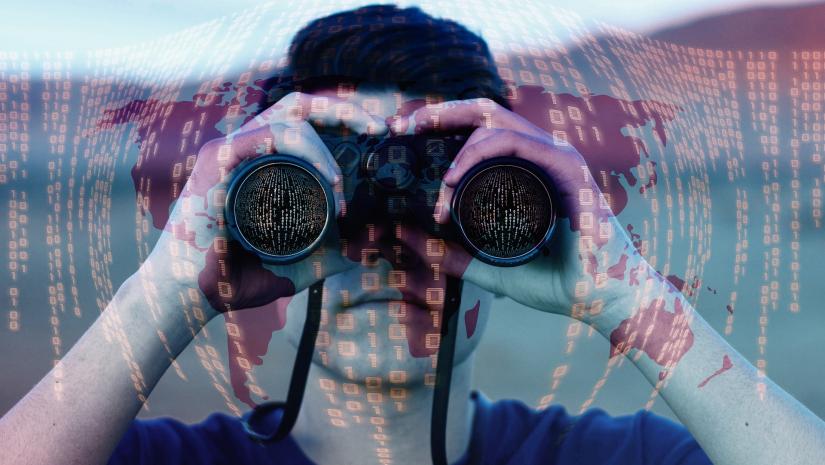 Food-borne illness, or food poisoning, is a common, expensive and largely preventable public health problem in Canada. According to the Public Health Agency of Canada (PHAC), 1 in 8 people contract a food-related illness every year — approximately 4 million people — and that doesn't take into account the many cases that go unreported.

For most public health departments in Canada (and the U.S.), if you suspect that you have food poisoning after eating at a restaurant or other food business, you can call your local health department or fill out an online complaint form, such as Toronto's Food Premises Complaint Form.

In the future, you may not need to report your food-borne illness at all (though it may be many years in the future). A research team at Google and the Harvard T.H. Chan School of Public Health have designed a machine-learning model called FINDER, which stands for 'Foodborne IllNess DEtector in Real time', which uses a combination of search queries and location data to identify restaurants that could be making people sick — in real time.

Machine-learning is an application of artificial intelligence (AI) that provides computer programs with the ability to access data, learn and make increasingly accurate predictions or “decisions” without being explicitly programmed to do so. This technology has the potential to replace — or at least dramatically improve — our current system of after-the-fact individual reporting combined with two to three visits from Health Inspectors per year.

How the technology works

For each restaurant that is identified, FINDER calculates the percentage of users who visited it and showed evidence of food-borne illness in their Google searches; this data allows it to accurately predict which food businesses are likely to be found with health code violations.

Note: data from search and location logs that FINDER searches comes from users who have opted to share their location data.

How accurate is it?

In order to test the efficacy of their model, the research team tested the system in two U.S. cities (Chicago, Las Vegas) for a period of four months each. Health Inspectors were given a list of restaurant inspections to carry out, which included:

In the baseline group of inspections, approximately 25% of restaurants were found to be unsafe compared to 50% of those identified by FINDER; these results indicate that machine-learning analysis performs better than standard inspection protocols at identifying “high-risk” restaurants.

FINDER also proved to be more robust than individual complaints because of its ability to collect and analyze information from numerous people who ate at the same restaurant. It also side-steps the issue of recall bias — which is when a person misremembers or forgets some of the details of their experience — which can skew the numbers in complaint-based reporting systems.

To find out more about this new technology, read the team's abstract, “Machine-learned epidemiology: real-time detection of foodborne illness at scale”, which was published in npj: Digital Medicine in November 2018.

The future of health inspections

The biggest advantage of FINDER, and other digital epidemiology tools like it, may be as a tool to help Health Inspectors work more efficiently by flagging potentially high-risk establishments that Inspectors can then prioritize for inspection.

Considering many public health systems are under pressure to do more with less (fewer Inspectors, limited budgets), automating any part of the process could go a long way towards improving efficiency and preventing food-borne illness before it can happen.

Worried about making it onto FINDER's list? Don't be. Complying with food safety laws and preventing food safety risks in your business can be easy. Start by:

At the Canadian Institute of Food Safety (CIFS), our mandate is to reduce food-borne illness through education and advocacy. Get in touch to find out more about how we can help you protect your customers, your business and your brand.