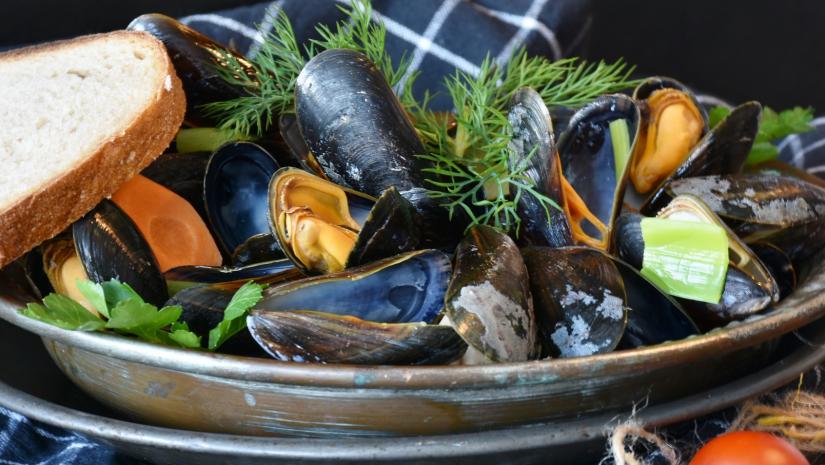 An outbreak of vibrio parahaemolyticus has been declared by New Brunswick health officials as the number of confirmed cases in the province has risen to nine. Vibrio parahaemolyticus is a bacteria that is found in shellfish and naturally occurs in seawater. The bacteria can grow in shellfish such as clams, oysters and mussels when seawater temperatures are warmer such as in summer months. Normally the province only experiences two or three cases per year. The jump to nine cases is causing concern, which has led the province to declare an outbreak.

In a news release, New Brunswick Chief of Health Dr. Jennifer Russell encouraged the public to “enjoy healthy seafood such as clams, mussels, and oysters but should be aware that warmer temperatures may increase the risks of bacteria in these foods.” The public is advised to only purchase shellfish and other seafood from a licensed establishment. If harvesting shellfish, only do so from fishing zones which are currently open by Fisheries and Oceans Canada.

What are the symptoms of vibrio parahaemolyticus?

Vibrio parahaemolyticus can cause a range of symptoms, the main one being gastrointestinal symptoms such as diarrhea. Other symptoms include:

The symptoms of vibrio illness appear 12 to 24 hours after infection with the bacteria, and they normally last less than a week. A key point to understand is that the illness cannot be passed from human to human.

How can vibrio illness be prevented?

A person can become infected with vibrio parahaemolyticus by handling and consuming raw shellfish such as oysters, clams, and mussels. In order to reduce the risk of contracting vibrio illness, it is essential to safely handle raw shellfish and cook shellfish to the correct internal temperature. The following points are key to ensuring food safety with regards to shellfish:

Shellfish should be purchased live from a reputable supplier and received at a temperature of 4°C / 40°F or below (5°C / 41°F or below in Manitoba).

Store shellfish in the original containers in which they were delivered and keep them well away from other types of food. Shellfish should be kept in the refrigerator at 4°C / 40°F or below (5°C / 41°F or below in Manitoba).

The above facts are not simply recommendations — they are essential to ensuring that food safety risks associated with shellfish are reduced or eliminated.

The Canadian Institute of Food Safety will continue to monitor the outbreak and provide updates as they become available.